Our current officers are:

In its early years our club met at a variety of locations, including several now-gone hobby shops, the Richland County Public Library, and the homes of members. Some of those early members included Jim Sloan, Mike Betty, Dr. Craig Morin, Cecil Craig, Darby Erd and Steve Isaacson.

Monty Tuck, one of our founding members, held every office in the organization and did most of the organizational work for our chapter’s contests. His father Steve and brother Matt were also members of the chapter. After Monty died in 1999, our “Best in Show” award was named in his honor as a tribute to his dedication.

For the last several years our chapter has met at the Lexington County Public Library at 5440 Augusta Road in Lexington. We meet every third Wednesday from 6:00 to 8:00 PM.

Over the years our chapter has put on several successful shows. Most of them have been at the National Guard Armory on Bluff Road in Columbia. Our most recent show was the Region 12 Regional in April 2012. In many of our shows, we have worked closely with South Carolina’s other IPMS chapters. We have enjoyed a particularly close relationship with Sumter’s IPMS/Gamecocks chapter, and some of our members hold membership in both chapters.

In addition to shows and contests, members of our chapter have been involved with displays at celebrations, airshows, movie openings, and special ceremonies. For example, many of our members took part in a model display commemorating the 70th anniversary of Columbia Army Air Field, the present-day Columbia Metropolitan Airport.

Our members and our chapter have been honored for their accomplishments many times over. Our chapter co-hosted the 2016 IPMS/USA National Convention in Columbia with the IPMS/Piedmont Scale Modelers, marking the first ever IPMS/USA Convention to be held in South Carolina.  Our Chapter was named Region 12’s 2012 and 2016 Chapter of the Year, and John Currie, our Newsletter editor, earned IPMS/USA Chapter Newsletter of the Year for 2016.

Through our efforts we work to promote our club, the IPMS/USA, and the hobby of scale modeling to everyone regardless of age or skill level. Membership is always open and you’re always welcome to visit our meetings. Come check us out!

Our Constitution and By-Laws may be viewed here.

Latest in the gallery 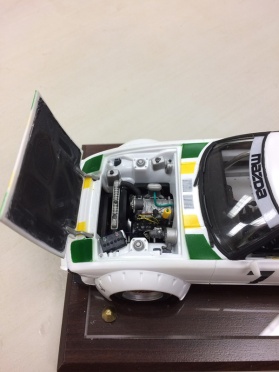 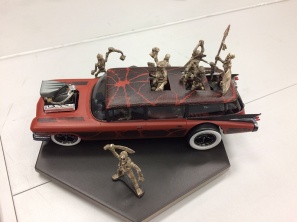 ALL TEXT, IMAGES AND OTHER ORIGINAL INTELLECTUAL PROPERTY © 2010-2018 IPMS/MID CAROLINA. ALL RIGHTS RESERVED.